Twenty-eight young people were trained and supported in 5 communities to conduct research on the issue of sectarianism. To recognise the contribution of their research, the young people were provided with the opportunity to work towards the Participative Democracy Certificate, which is worth 2 credits at SCQF level 5. Through this award the young people develop research skills, group work skills, leadership skills, and decision-making approaches. This provided a structure for learning on sectarianism, including developing research questions, designing research methods, conducting research, analysing data and presenting findings in the community.

In total 18 young people achieved the PDC.  For many of the young people the PDC was seen as supplementing their formal education and being "good for our CV" (Young Person).  It was also a means of encouraging young people to fully engage in the project and keep coming back week after week over the course of approximately 9 months.

"The P.D.C. award [is] really important to them and played a major role in encouraging them to attend" (Youth Worker)

For one of the groups the impact was even greater, the young people had disengaged from school and as such the PDC was one of the first qualifications they would achieve. For this group the youth workers integrated the PDC into a Links to Life programme, which is an alternative programme of learning to formal education.

Part of undergoing this award was for the young people to take ownership of the research, engage with their communities on the issue of sectarianism and then share what they have learned through their research.

Being part of LFNB and achieving the PDC for this group in particular has not only increased their knowledge, understanding and confidence on the issue of sectarianism, but it has also increased their aspirations for the future. 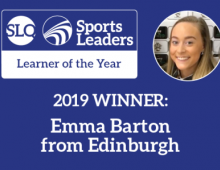